The situation at Jefferson City Correctional Center is becoming worse every day. Staff shortages, a huge shortage of medical staff causing "sick call" to be cancelled almost daily, and the worsening situation between staff and the incarcerated.  Three house at this facility has had its fair share of trouble the last few years. Two weeks ago, two staff members were assaulted within days of one another. Since then, this housing unit has been on "minimal movement", going one walk at a time to mainline (meals), one man has his cell door chained shut because of a defective part that the DOC cannot locate a replacement for, and last week CERT went into the housing unit. What follows is a message we received describing some of what CERT did during that "search" and the tensions since then.  " The 3 house situation seems to be calming down. We have been out on time...or close enough to on time for the last few days. Industry has been back to their normal sch
Post a Comment
Read more

Assaulted By Staff At Potosi 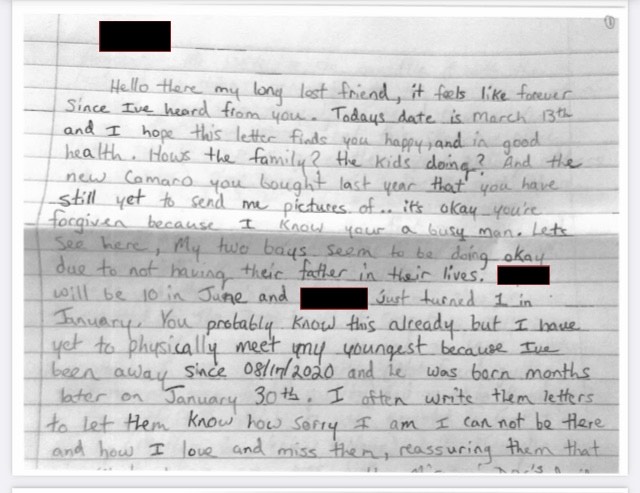 A New Letter From ERDCC 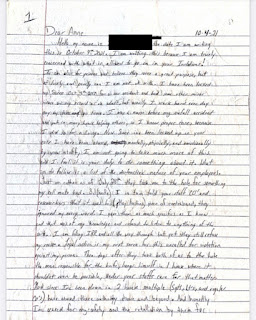 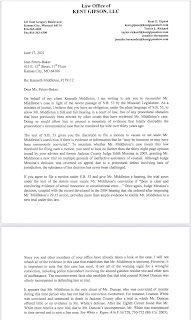 How Many Innocent People Are In Missouri Prisons? (Ken Middleton) 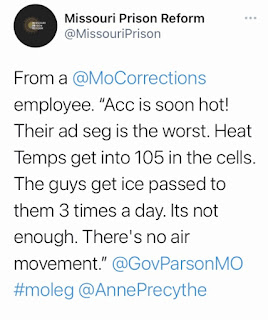 God Is In Prison, Too

Covid After Vaccine At ERDCC

Visits, Masks, Video Visits and a Letter From Jeff Norman 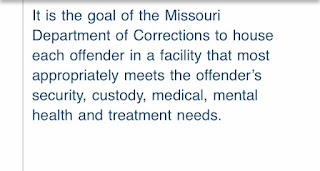